Home » News » A Home for the Holidays

A Home for the Holidays

Four P&A clients with intellectual disabilities are spending this holiday season with their friends in their comfortable home, instead of in a dilapidated, rundown, shabby bunkhouse.

In 2014, on the Tuesday before Thanksgiving, P&A received a call from attorney Robert Canino with the U.S. Equal Employment Opportunity Commission (EEOC). This call alerted P&A to the possibility that at least four men with intellectual disabilities were being exploited, denied basic freedoms and had been forced to work for a company that contracted their work to a Newberry turkey plant. There were also fears that the men might have been denied Medicaid benefits and access to disability support services, and that their healthcare was compromised.

It turned out to be a small but important local part of a larger national story. A few years before, as was covered by the New York Times and featured in a book released earlier this year, “The Boys in the Bunkhouse”, roughly thirty men had been confined to an Iowa bunkhouse and forced to work unpaid labor for decades. According to the report P&A received, at some point a long-lost brother of one of the Iowa victims had been left in Newberry as his employer, Henry’s Turkey Service, had moved through South Carolina. He, along with other men, had been working for decades at a large turkey processing plant, given strenuous undesirable jobs such as removing dead turkeys from trucks arriving at the plant.

P&A attorney Thornwell Simons, about to leave work for the family holiday in November 2014, immediately changed his plans to meet with attorney Canino and with one of the men in Newberry. Simons returned several days later to meet with all four men initially identified as potential victims. As reported by the NY Times, the men were living in a run-down bunkhouse. They had no control of their own Social Security benefits and had apparently not received the wages they earned for their work at the plant across the street. They did not have any opportunity to leave the turkey plant and were not given the option of other employment or residential living arrangements.  They were so isolated from the community that they did not even have photo identification cards or bank accounts.

P&A, fortunately, had the legal authority to go directly on-site, talk to the men privately, and gather information about their health, well-being, and finances.  Because of our experience, P&A understood what the men needed and what resources were available to serve and protect them.  We were able to work with EEOC and the Newberry County Sheriff’s Office in mobilizing a wide array of local, state, and federal agencies and organizations to ensure the  men got the help they needed as quickly as possible–even during the holidays.
Over the next two weeks, the South Carolina departments of Labor Licensing and Regulation (LLR), Health and Environmental Control, Disabilities and Special Needs, as well as the Newberry County Disabilities and Special Needs (DSN) Board, the SC Vulnerable Adult Guardian ad Litem Volunteer Program and other state agencies became involved. Local and state law enforcement began investigations, as did federal agencies including the United States Department of Labor, and the Equal Employment Opportunity Commission. The ARC of the Midlands and Newberry churches offered support and funds.

The men were moved to safety within just a few days.  They received much-needed medical and dental care; clean beds, hot meals, and new clothes.  The man, whose brother was in Iowa, was given the chance  to speak and see his brother for the first time in many years for a reunion of sorts via a Skype call arranged at the Newberry Public Library.

Within two months, the Newberry DSN Board located a home for the men, a nice house they share in the community, where each man has his own private bedroom and where they have planted a garden. They have control over their own money and can come and go as they wish. They have seen their first movie in a theater and have gone bowling together and have enjoyed visits to beaches and mountains.  They proudly show off their bowling scores, and even more proudly show their new voter registration cards. 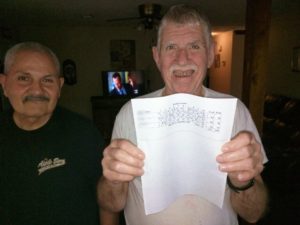 The legal response situation is continuing. On September 29, 2016, as a result of the assistance of P&A and evidence obtained through investigations, the EEOC filed a lawsuit on behalf of the four men and two others who were identified and found living in another state.  The EEOC suit against the employer, Work Services, Inc., (WSI) alleges discrimination under the Americans with Disabilities Act. A separate federal civil suit by the U.S. Department of Labor (DOL) was also filed in December 2015, alleging that the company failed to pay federal minimum wage and overtime. In the meanwhile, though, all the men rescued from their untenable situation, are free, cared for, and content. 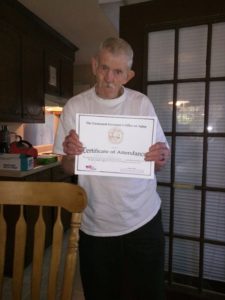 P&A’s involvement helped make these changes possible.  Since 1977, P&A has been advocating for the rights of people with disabilities in South Carolina. In addition, to helping men like these, we provide information and referrals, trainings, abuse and neglect investigations, legal representation, and advocacy for policy change.

This holiday season P&A is thankful that these men are living in the community and enjoying their well-deserved retirement.  This year these men are thankful to get to do so many things for the first time in their lives. What are you thankful for this year?

Donate today to help ensure that P&A is available to help all the people needing our assistance. 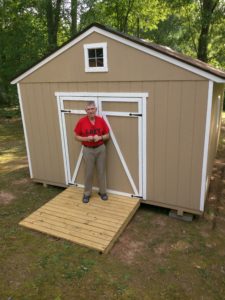